Discover the top attractions in Venice, learn about its history, local cuisine, and find out what masks & gondolas are all about.
Quick links

Venice truly is a one-of-a-kind place located on 117 islands, connected by canals. And in them – delightful gondolas and numerous stone bridges. Don’t wait to see the best attractions in Venice. The city is bound to go underwater by the end of the 21st century!

The City of Canals has been on the UNESCO list since 1987. Venice’s unique history, architecture, and culture allow us to feel like we are in a fairy tale, or… a time machine. As Jon Trace wrote about the City of Gondolas, “It was Venice that gave us such wonderful words as the mandolin or ciao […] But most of all […] time stands still here – there are no cars on the streets, no cables hanging over your head […] You come to Venice and you go back in time a hundred years“.

No wonder the city on the water is crowded with tourists. Usually the city is visited by 18 million tourists per year, an average of 50,000 per day. Everyone wants to see the wonders of the islands before it is too late — by the end of the 21st century, Venice will be half a meter underwater! That’s why Venice should be on your must-see list in the near future.

Getting to the City on the Water

It’s easy to get to Venice from Ljubljana. The city on the water is only 3 hours away by bus or car from the Slovenian capital. In addition to the road trip, you can also experience the adventure of traveling from Ljubljana to Piran to Venice by boat.

In the City on the Water, the most recognizable place is St. Mark’s Square — the social, religious, and political center of Venice for centuries. The square is surrounded by true architectural gems — the clock tower, St. Mark’s Basilica, the seat of the procurators, Ala Napoleonica, and the Doge’s Palace.

The palace was home to the ruler of the city, Doge, and the highest officials of the Venetian Republic. The building was constructed in 814 and is an example of Venetian Gothic with influences from Byzantine and Islamic architecture.

The east wing of Doge’s Palace is connected to the prison by the Bridge of Sighs. Its name refers to the sighs of the prisoners. As the convicts crossed the bridge, they could take one last look at Venice.

Venice is the City on the Water. Therefore, the most significant way of transportation is the canals. The largest of them is called the Grand Canal. It is 3.8 kilometers long and 30-90 meters wide.

The most beautiful bridge on the Grand Canal is the Rialto Bridge. It connects the two districts of San Marco and San Polo. It is 48 meters long and 22 meters wide. The bridge has an arch resting on 6 thousand oak piles.

The cultural face of the city – gondolas & masks

One of the most iconic attractions you’ll find in Venice is the gondola. Gondolas are traditional boats used for over 10 centuries. They are beautiful but also symbolic — each part is a symbol of some part of Venice. The front part represents the six city zones, the middle part is the Rialto Bridge, and the back part is the Giudecca Island. Today there are only about 400 gondoliers in Venice, compared to about 10,000 in the 16th century.

Another typical Venetian culture is the creation of masks. They have a very long and interesting history. The first mention of the Venetian carnival masks dates back to 1094. For centuries, the mask-making tradition disappeared. Fortunately, this art has been reconstructed in 1970. Nowadays, Venetian masks are handmade from mâché paper and sold in specialized stores and studios.

These small pieces of art also have much to tell us culturally. Wearing them during Carnival allowed inhabitants of Venice to remain anonymous, and bridged social divides. The masks allowed them to express themselves without barriers, and mock the authorities without consequences.

Visiting Venice will probably make you hungry. That is why it is worth finding out what culinary surprises the City on the Water offers us. A traditional Venetian snack is Cicchetti. It is usually a piece of polenta or baguette with toppings. You can find Cicchetti in different versions, but the most popular is with cod paste. It is named baccalà mantecato.

You can try Cicchetti with a glass of local wine, called ómbra (shadow or shade). The name of the wine is related to the merchants who used to sell wine. They had to change their position, escaping for the sun. Now we won’t see the merchants in st. Mark’s Square anymore, but we can still taste the delicious wine!

History of the city

The City on the Water was founded in 452. The first patron of Venice was St. Theodore. In the early 9th century, St. Mark became the patron when his relics were brought to the city in 828. This situation increased the prestige and importance of Venice. Another factor that allowed Venice to grow was maritime trade. It was here that ships from distant lands moored.

The City of Canals, as a transit city, became rich during the Crusades. That’s why in the 13th century, the Republic of Venice had its golden age. At that time, the city had a population of about 180,000 – it was one of the largest cities in medieval Europe. During the period of great geographical discoveries, Venice has lost its importance. Today Venice has 50,000 inhabitants and is the second most visited city in Italy.

The City on the Water is the cradle of many notables: the adventurer, traveler, and seducer Giacomo Casanova; the explorer who found the trail to the East — Marco Polo; one of the most famous violinists — Antonio Vivaldi; and the first woman with a doctoral degree in Philosophy – Elena Lucrezia Cornaro Piscopia.

Culture & history at your fingertips

Venice is a culturally rich city. It is also an important town on the map, which has influenced the history of many countries. It is definitely a place you have to visit at least once in your life. However, after you have visited Venice, don’t stop. There is always one more day trip for you to discover!

Ivana Bole
A passionate ambassador of Slovenia, who loves the outdoors, culture and travel. Her curiosity equips her with all sorts of trivia and she loves to share local legends and stories. She is always willing to go the extra mile to make your trip to Slovenia a really special one. 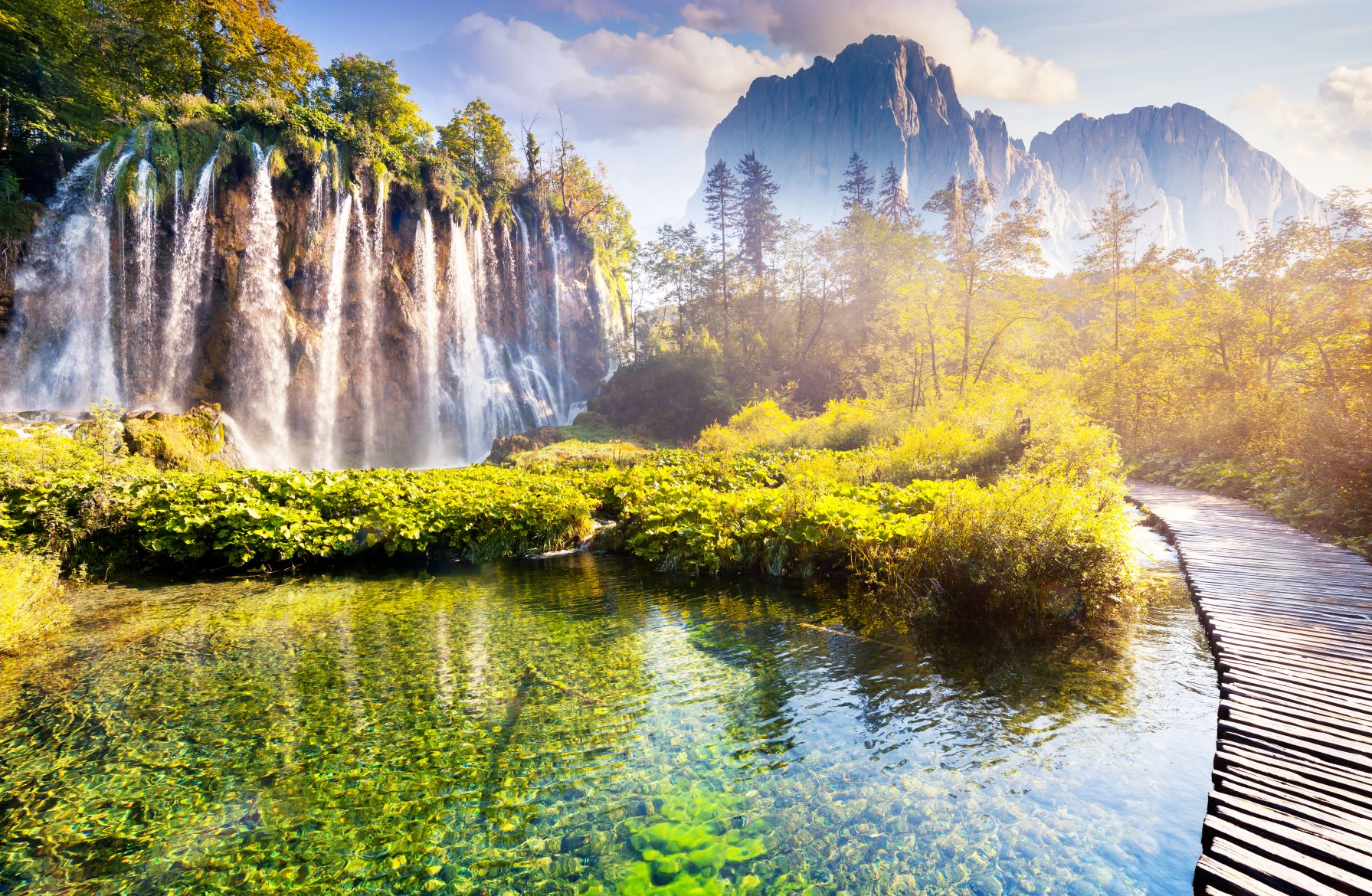 If you love nature and especially lakes, you must visit the Plitvice National Park. Walking through sixteen karst lakes of various...
4 min read
Read more 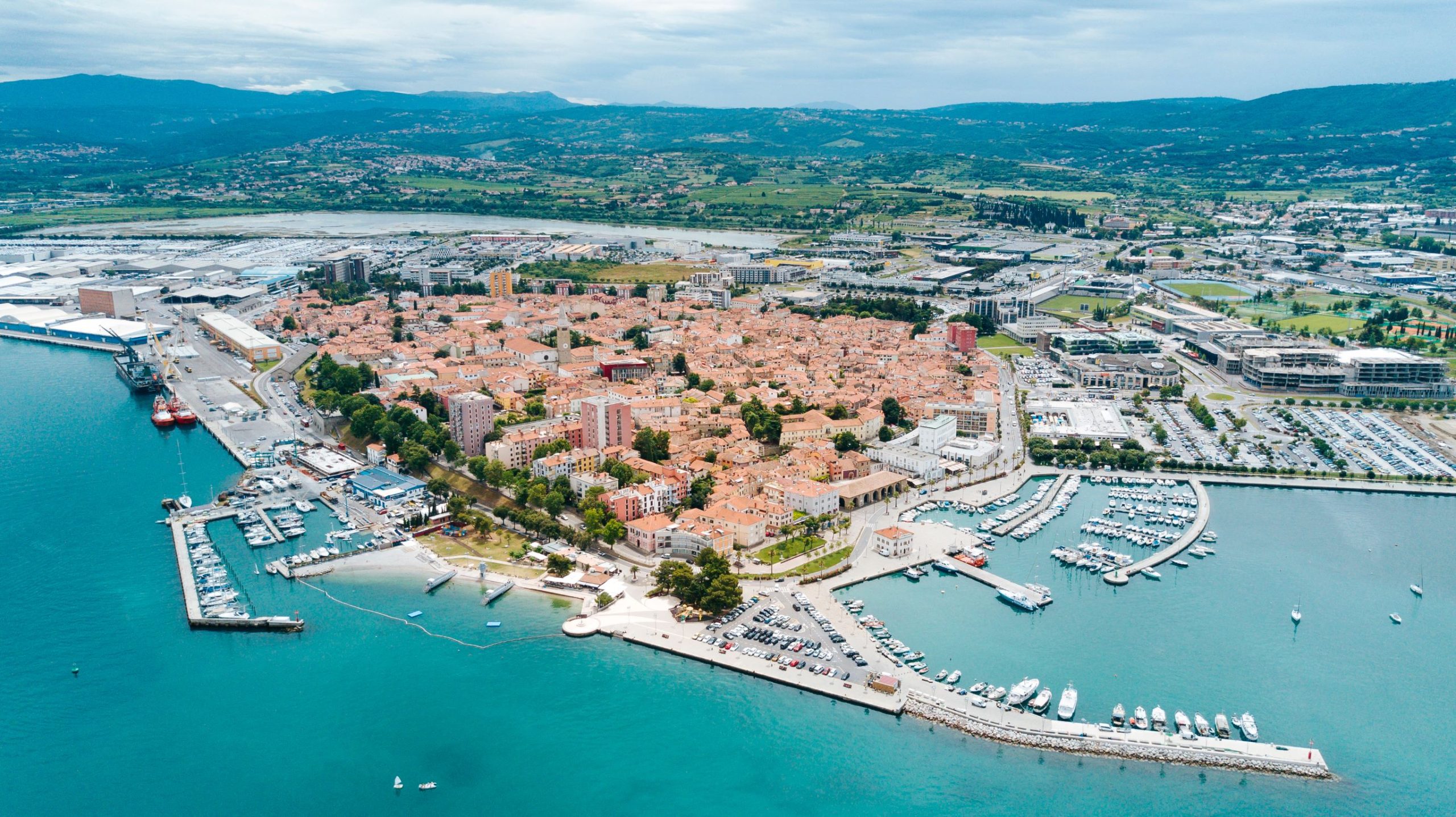 Warm sunshine, clear sea, and spectacular cliffs are some of the many attractions awaiting you on the Slovenian seaside. Amazing s...
6 min read
Read more If you want to travel beyond Slovenia and see something extraordinary, the Balkans are a travel destination you shouldn't miss!
8 min read
Read more